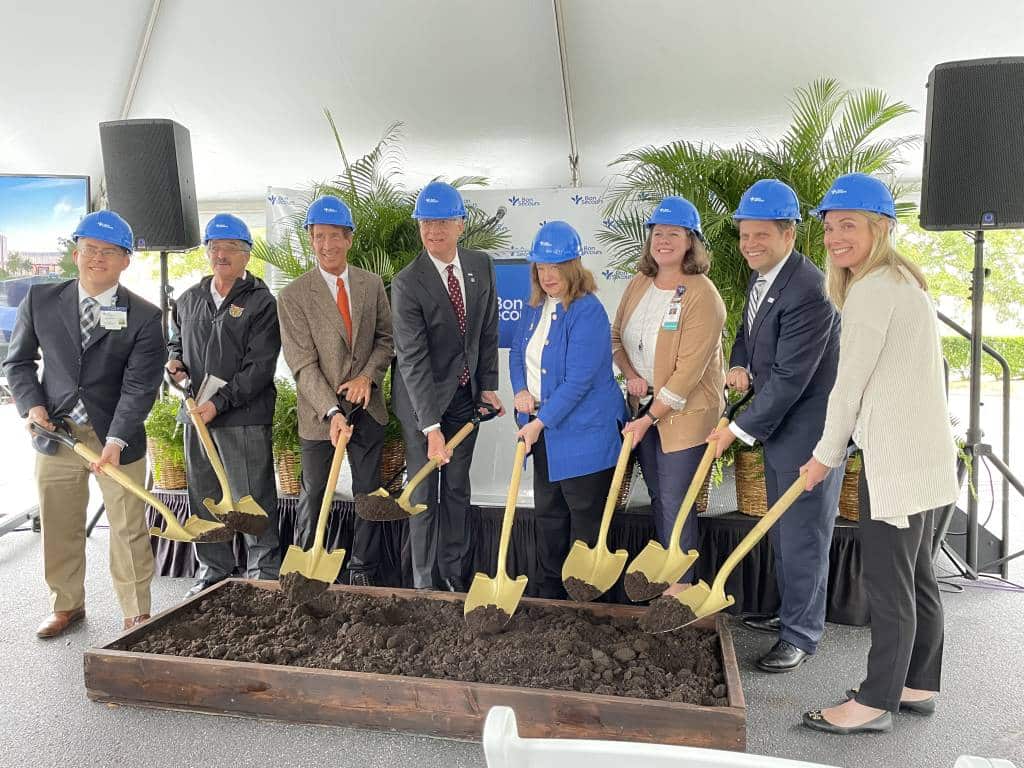 Members of the Bon Secours board at the groundbreaking ceremony

The growing number of patients in northern Suffolk and western Hampton Roads will have more options for care as a new local hospital is slated for completion by 2025.

Bon Secours broke ground on a roughly $80 million expansion to Bon Secours Health Center at Harbour View in North Suffolk. The new hospital, Bon Secours Harbour View Hospital, will be the system’s fourth in Hampton Roads, joining facilities in Newport News, Portsmouth and Franklin, according to the health system.

The 98,000-square-foot, three story, surgically focused hospital will have 18 medical and surgical beds along with up to four operating rooms, according to Pat Davis-Hagens, the market president for Bon Secours Hampton Roads.

“I cannot emphasize enough how excited we are to building this hospital and celebrating many milestones to come,” Davis-Hagens said.

The health center at the site already contains an emergency department, outpatient imaging and lab services, physician practices and an ambulatory surgery center, and according to Bon Secours.

Speakers like Davis-Hagens said the new facility will meet the needs for the growing populations in the area, which also is close to parts of Portsmouth, Chesapeake and Western Hampton Roads, and is just across the Monitor-Merrimac Bridge-Tunnel from Newport News.

Infrastructure expansions over three decades, have meant all of Hampton Roads can find its way to northern Suffolk, said Art Collins, former Hampton Roads Planning District Commission member and member of the board of Bon Secours Hampton Roads. He said he remembers the difficulty it took for Bon Secours get land to provide a 24/7 hospital before another system sought the same in the area.

In 2018, the system received a certificate of public need for the hospital by the Virginia Department of Health. The development architects are Champlin Architecture and construction is being led by Hourigan, according to Bon Secours. A variety of other medical facilities are nearby the Bon Secours site off Harbour View Boulevard.